The methods used by CONCISE at the public consultations were mostly of a qualitative nature. Nevertheless, after each topic discussion (climate change, vaccines, and GMO), participants filled short quantitative questionnaires.

We present the results of the questionnaires that focused on environmental and health issues, focusing on the most frequent and trustworthy sources of information. These questionnaires were administered right after the discussions about climate change and vaccines. Even though in some countries the questionnaire mentioned directly these topics and in others just environment or health, it is reasonable to assume that participants had specific topics at the forefront of their minds.

Still, these results cannot be extrapolated to the countries’ population, since the samples of participants were not representative. Furthermore, there may be cultural and/or language differences in the interpretation of terms such as “often” or “extremely”.

Regarding about frequency of use of sources of information on climate change or the environment (Figure 1), it is noticeable that government sources are particularly favoured in Portugal and Spain, together with international organisations and the European Commission. Spanish participants also access information often from NGO sources. Polish participants receive information more often from their friends and relatives, followed by leaders and opinion makers and after by NGOs. Slovakian participants also favour leaders and opinion-makers. Companies are the least used sources of information in all countries.

On the credibility of the sources (Figure 2), national governments and the European Commission are more trusted in Italy and Portugal, and international organisations (such as the UN or IPPC) in Spain and Portugal, NGOs in Portugal, friends, and relatives in Poland and leaders and opinion makers in Slovakia. It is remarkable the low level of trust in companies. These results tend to mirror those of previous Eurobarometer surveys on climate and the environment: see, for instance, the 2014 Special Eurobarometer 416.

Figure 1 Participants who state that they often read information about environment from these sources, by country (%) 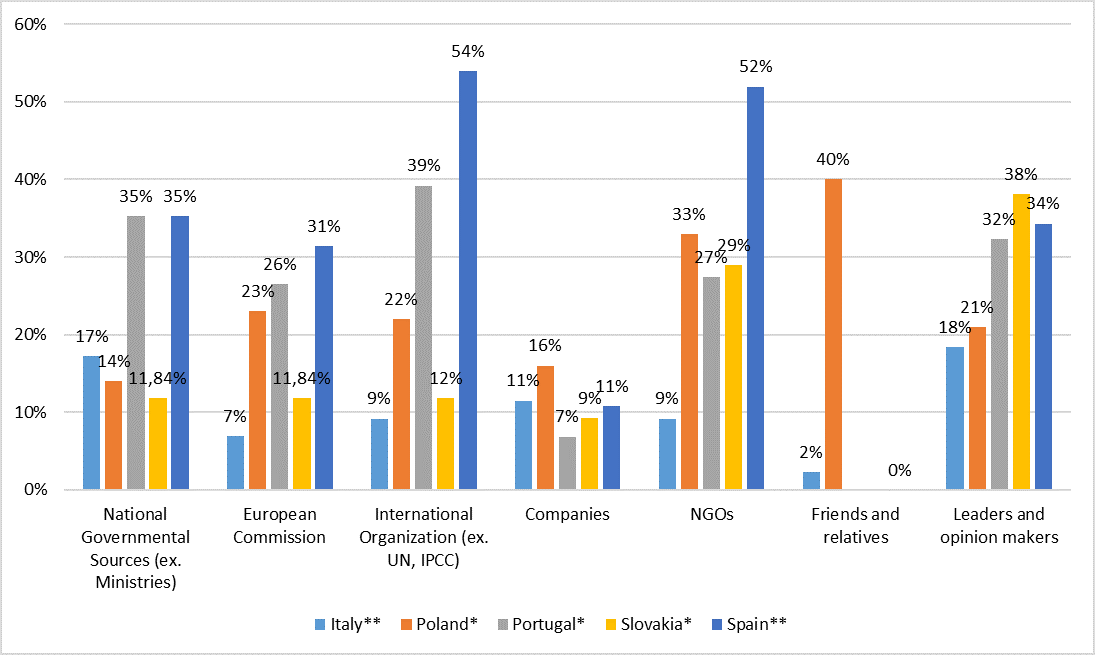 Figure 2 Participants who state that find the information about environment from these sources extremely credible, by country (%) 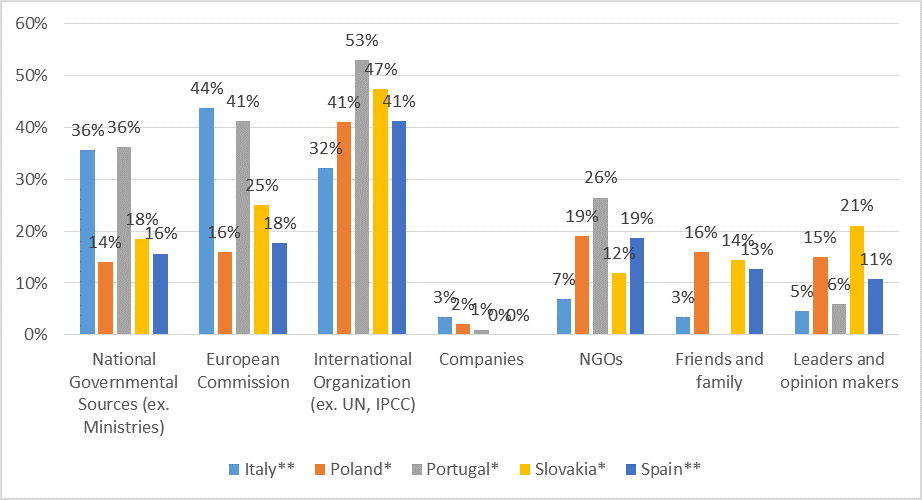 As to health issues, in particular, vaccines (Figure 3), the sources of information from which participants more frequently receive information are national governments (particularly in Spain) and international organisations (also in Spain). NGOs were also favoured by Spanish participants. Once again, companies register very low figures.

As to trust in information sources (Figure 4), international organisations such as the World Health Organisation, are considered extremely credible, followed by national governments and the European Commission.

Here also comparisons can be made with the results of the Eurobarometer survey on vaccines, n. 488, 2019.

Figure 3 Participants who state that they often read information about health from these sources, by country (%)

Figure 4 Participants who state that find the information about health from these sources extremely credible, by country (%) 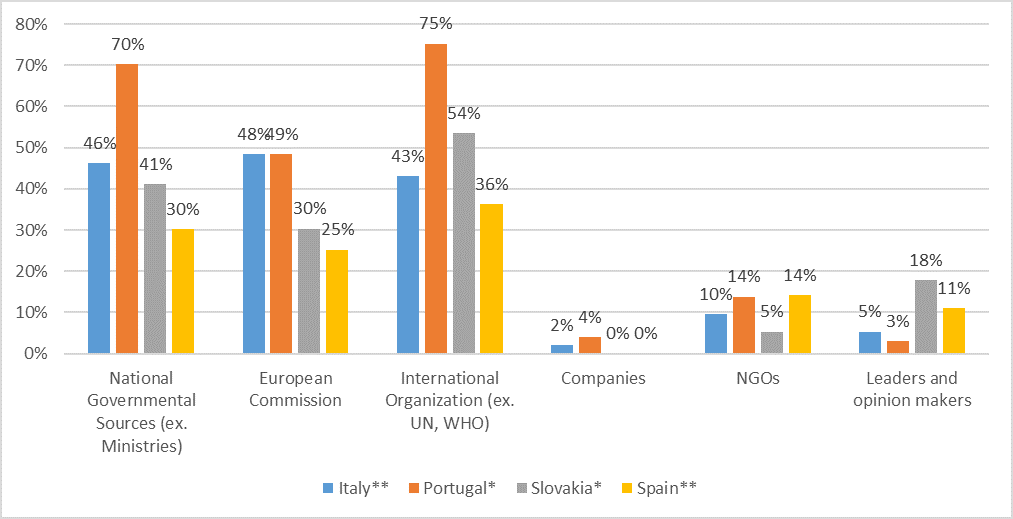 Overall, participants in the CONCISE consultations seem to rely strongly on official sources to get scientific information on health and environmental topics. NGOs play a more important role in environmental issues than in healthy ones. Companies are almost always distrusted as sources of information. The qualitative analysis of the discussions at the consultations will allow examining more in-depth the reasons for these opinions and perceptions.

1 commento su “Results of the quantitative activities, Part 1: use and trust in sources of science communication”